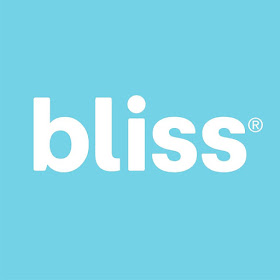 In 1987, Bliss founder Marcia Kilgore was attending Columbia University in New York City. One summer she decided to attend an esthetician school due to her own personal battle with her complexion since she was 11-years-old. By 1993 she opened a small spa in SoHo that she named Let's Face It! but was later renamed to Bliss.
In a 2008 interview with Karastan she talked about how she decorated her first location and briefly talked about what led her from working as a personal trainer to becoming an esthetician. Within months of opening her first location, Ms. Kilgore had famous clients from Madonna to Oprah Winfrey and Jennifer Lopez and by 1999 she sold her company to Moët Hennessy Louis Vuitton SE (LVMH). She went on to create other cult favorites including Soap & Glory and more recently Soaperduper and BeautyPie. Bliss is currently owned by Steiner Leisure Ltd. and is now sold at ULTA and Target as well as on Bliss' own website.

I first learned of Bliss via beauty subscription service Birchbox* several years ago around 2011 and quickly found Lemon+Sage Body Butter which I remember liking the scent. I use to buy the Bliss Fabulous Foaming Face Wash and That's Incredi-peel exfoliating pads, both of which were frequently "borrowed" by my three pre-teen and teenage daughters. So guess what was excited to see Bliss at her nearest Target store? Both ULTA and Target began selling all of Bliss' new product starting on March 18, 2018.

A few of my favorite products that's made a return:

A couple of things I noticed. The peel pads are no longer sold in a 30 count box BUT the price is more than 1/2 what it use to be at $49 for 30. That made each peel pad $1.63 but now each pad has a value of about $1.47. What I liked about the peel pads was the size. Now I like Skyn Iceland's Nordic Skin Peel pads (60 pads for $45) as well but those are tiny pads in a jar so traveling with it does take up space in my carry on. My absolute favorite exfoliating product is Sonia Roselli's Sex-A-Peel* (10.14 fl oz for $40) but it's a spray bottle that can't be carried in a carry on unless you decant it to a smaller bottle. That's Incredi-peel from Bliss are individually sealed (easy to carry while traveling) and are fairly large, well least the old ones were I've yet to get my hands on the new version.

New to Bliss' line up is their Jelly Glow Ball for $16 (3.5 oz). My local Target was sold out so I'll have to wait for them to restock or try a different Target store or even order online. Boscia has two similar ones for $20 - the Tsubaki Jelly Ball Cleanser and the Charcoal Jelly Ball Cleanser (3.52 oz). The jelly balls look amazing and playful.

Right now on the Bliss World website they're having a sale of buy two items get one free. I'm excited to see Bliss back and can't wait to try their new products. I'll have to hit up the Stoughton Target for their new lineup and then head over to the Stoughton Kohls since they carry their older products which I want to stock up on before its gone.